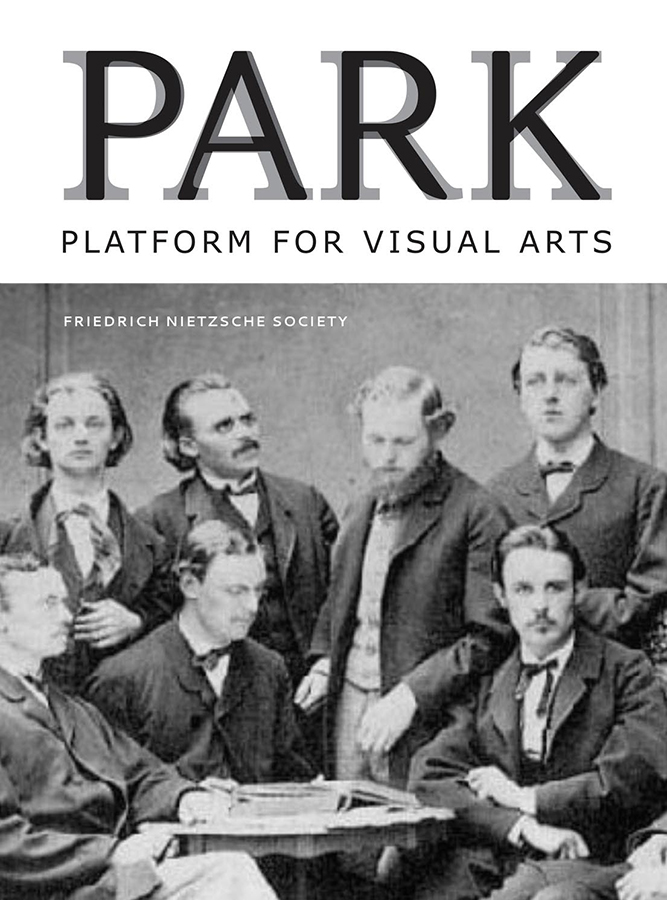 The ÜBER MENSCH exhibition in PARK shows works by artists who deal with themes such as the changing image of mankind and the expansion of the body. The reason for this exhibition is the symposium Nietzsche and Humanity: Humanism, Posthumanism, Transhumanism, which takes place at the Tilburg University in mid-September. In the context of the exhibition, a lecture by philosophy professor (Tilburg University) Martine Prange will take place on Wednesday evening 4 September, with the title: Mankind, Übermensch, Android: Nietzsche about mankind in the 21st century. During the lecture Prange tackles the following questions with the help of, among others, Friedrich Nietzsche's philosophy: Who is man? How do we change society under the influence of robotization? And can robots be 'human'?

As philosopher Annemarieke Schepers said during the opening of ÜBER MENSCH: "We cannot always foresee the consequences of the presence of intelligent machines and computers in our own lives and society. A reason for doom images? I do not see it as gloomy in this , technology means first and foremost an extension of our experiences. But what is that really: an Übermensch or a Posthuman? These are concepts that cannot be captured so quickly in a few words: I need a thorough analysis and would like to invite you to Martine Prange's lecture on this subject ".

> Due to illness Martine Prange had to cancel. Instead, Max van der Heijden gives a lecture on Nietzsche.

Following on from Prange's lecture, art journalist and adviser Alex de Vries moderates an artist talk with two of the participating artists at ÜBER MENSCH: Jenny Ymker and Stan Wannet.

Martine Prange (NL 1969)
Prange graduated from Erasmus University in Rotterdam and obtained her PhD in 2007 at the University of Groningen. After her promotion, she worked as a teacher at various universities. From 2012 she was connected to Leiden University where she worked as a researcher and Assistant Professor on three NWO funded projects on Kant, Nietzsche and sport. In 2013 she published the book Nietzsche, Wagner and Europe.

Stan Wannet (NL 1977)
In his work, Wannet focuses on the intermediary role that man plays - between animals and things - as an instigator of the lifeless world with an emphasis on, and a preference for, all the absurd peculiarities that make us what we are. The animal, the animal and the animal in ourselves play a prominent role.

Jenny Ymker (NL 1969)
Ymker creates alienating worlds. She is inspired by special places, situations or events. In all her works she is her own "model" and in that way she places herself in a different reality. She uses photography to depict today's stories. With the gobelin weaving technique, she can convert her images into tapestries. Recently she made her first video work that can now also be seen at PARK.

Alex de Vries (NL 1957)
In 1979, De Vries co-founded the contemporary art magazine Metropolis M and from 1984 to 1989 worked at the Shaffy Theater in Amsterdam, after which he spent eight years as Head of Communications at the Arnhem School of the Arts. From 1997 to 2001, De Vries was director of the art academy in 's Hertogenbosch and since then De Vries has been working as an independent author, consultant and curator at the Stern / Den Hartog & De Vries agency in The Hague.

This evening is organized by PARK in collaboration with Tilburg University's Department of Philosophy and Academic Forum.
For more information about the symposium Nietzsche and Humanity: Humanism, Posthumanism, Transhumanism that takes place at the Tilburg University on September 12-14, click here

Date: Wednesday, September 4, 2019
Room open 7.30 a.m.
Starting at 8 p.m.
Admission € 5 (including coffee and tea upon receipt), free for students on presentation of a student card. 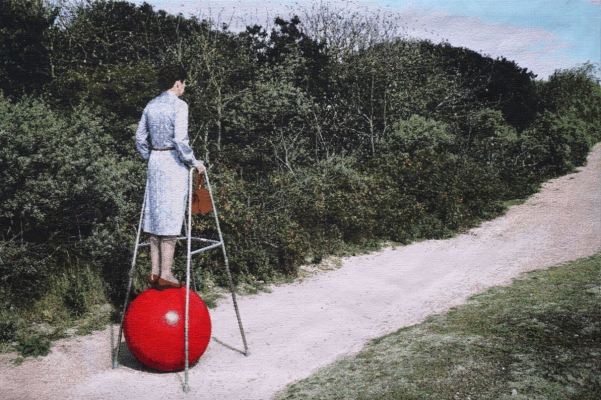 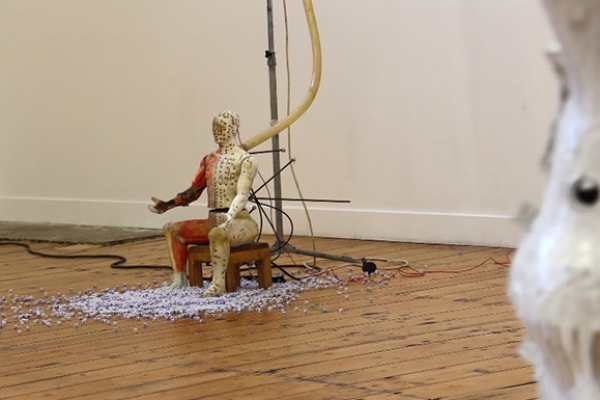 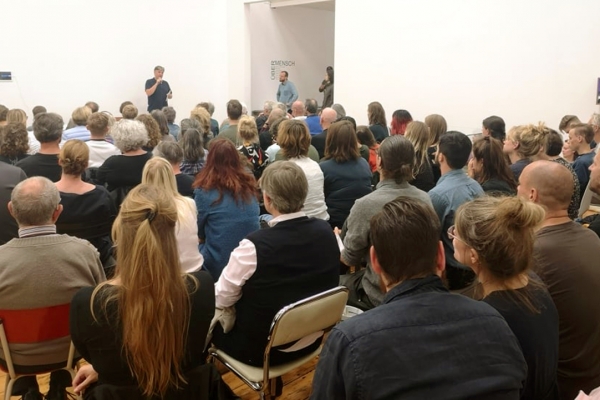 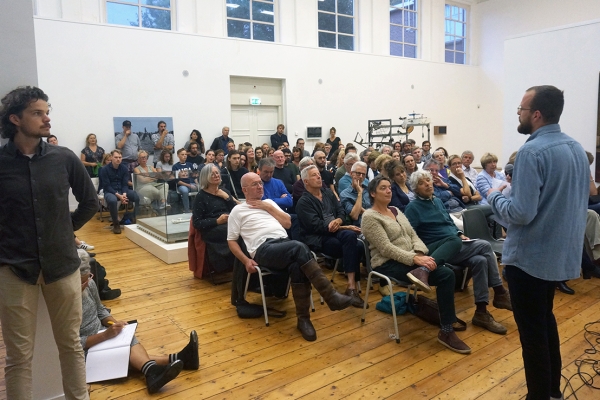 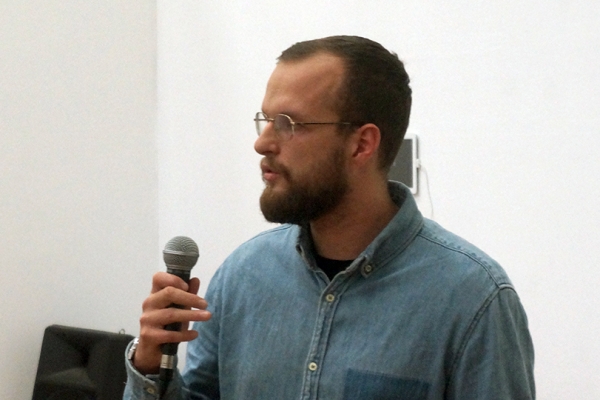 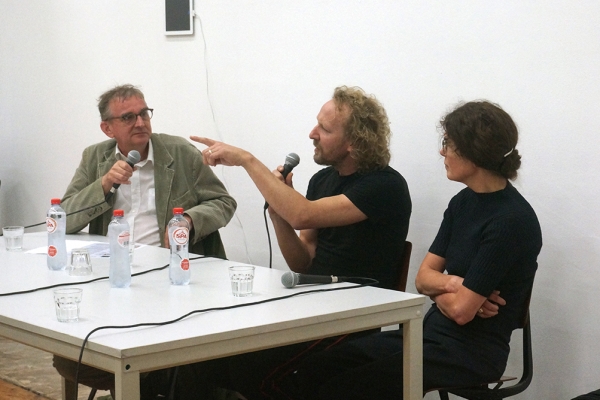 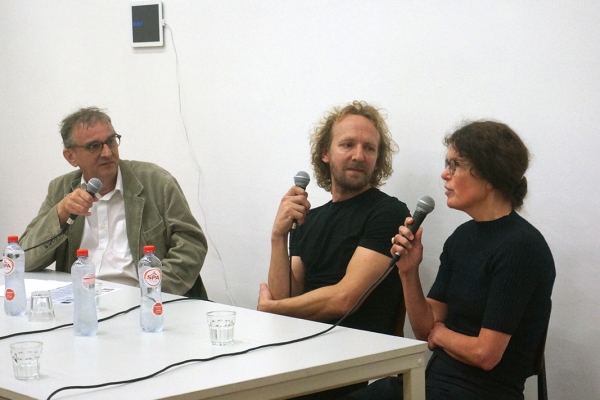