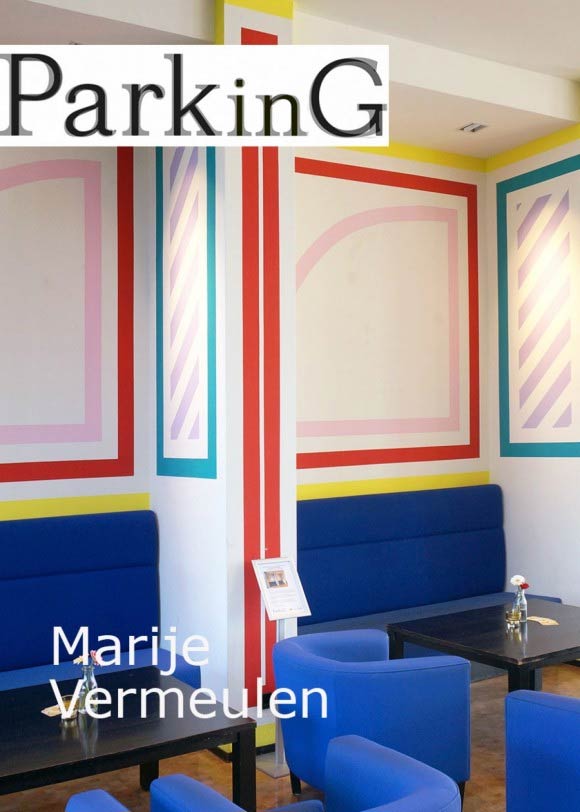 The tightly executed surface divisions, shapes and color combinations are rooted in reality, but are distorted and developed through a detailed sketch process.
Operations as measuring, halve, tilt, repeat and move ate combined with associative colors and playful variations. All steps are tested at work as a sketch and carried out only if the choice is clear. So the canvas remains clean and clear, without residues of looking and trying.

The sources of the forms used are in comparison to the final tight work striking romantic. Examples include swaying palm trees, sunsets, tropical flowers and colored beach houses. The rapid dynamics, humor and anchoring in the daily life of design, pop culture and fashion are an influence too. The titles of the works often refer to the origin of the sources. The contrast in the work between strict execution and the abundance of sources and color provides a controlled and simultaneously smashing picture.

Marije makes a specially designed painting directly on the walls of the alcoves. 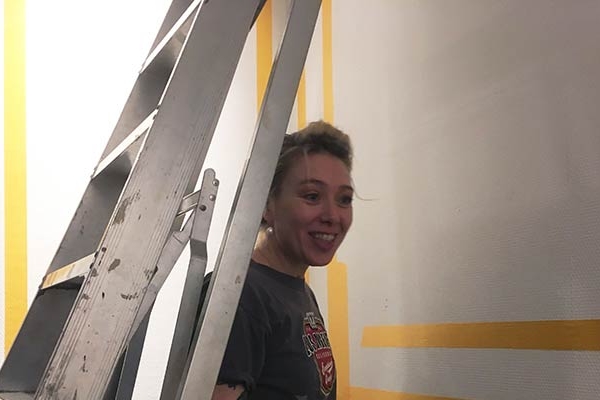 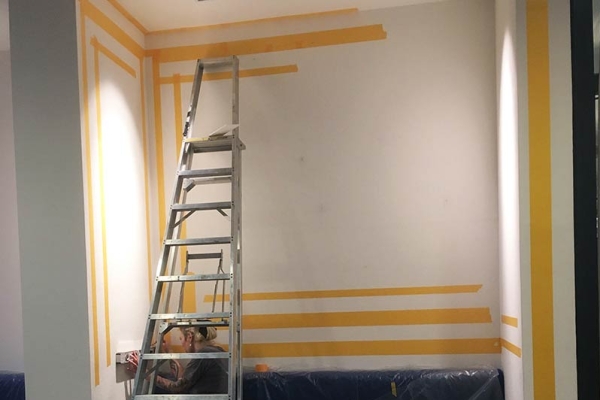