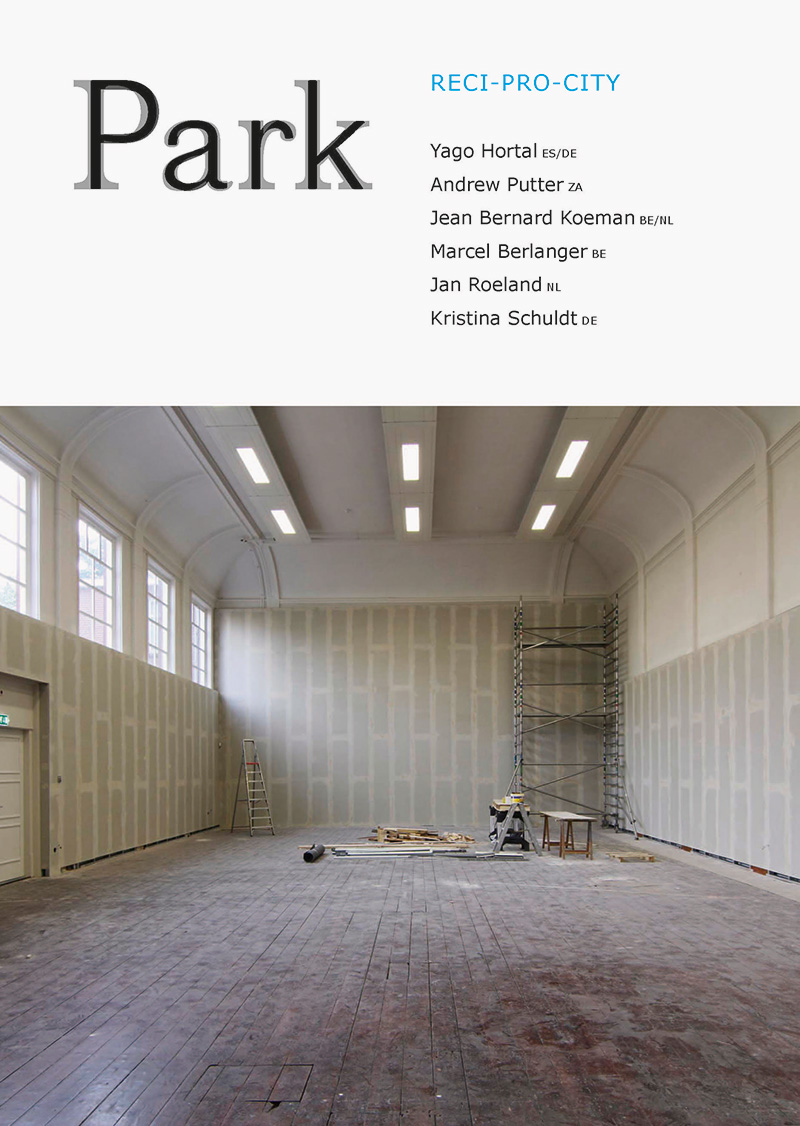 Reci-Pro-City is the first exhibition of PARK, a new platform for visual arts.

PARK is housed in the large space of the former Goretti chapel. Wie goed doet, goed ontmoet (Who does good, meets good) is one of the many creeds in the rich past of the Roman Catholic chapel. This rule of reciprocity is one of the principles of the PARK staff. For the first project, the six members of PARK each invite one fellow artist to show one single work in the exhibition. The hospitality the six enjoyed elsewhere is now used to present six respected colleagues and their work in Tilburg.

The opening speeches are performed by Marjo Frenk (Alderman Culture of Tilburg) and Ruud Vreeman (Board Foundation PARK). Then there is a musical contribution by Bram Stadhouders (acoustic guitar) and Nico Huijbregts (piano).

With his energetic expressionist paintings Yago Hortal (Barcelona 1983) is constantly looking for pure abstraction, for him the essence of subjectivity. The pasty often fluorescent paint, applied with a lot of 'panache' and skill, seems to want to separate itself from the canvas. The work is a visual painter's feast.

In his recent work Andrew Putter (Cape Town 1965) focuses on historical links between Africa and Europe. In his staged photography, he explores the colonial prejudices as they were reflected in early ethnographic photography. With his past in apartheid he is not only provocative but he also shows the healing power of time and the desire for social solidarity. Here we first see 21 photos of apparently indigenous people of bygone times. On the screen, however, we see the same people as they now look like in everyday life.

In his installations Jean Bernard Koeman (Barsingerhorn 1964) is looking for "mental architecture ', structures or buildings with human or thinking characteristics. They are built in an 'ensemble' and form a 'trail'. The structure he shows is about the friendship between the artists Rietveld and Van Doesburg, who built models together. Eventually Rietveld run off with the findings of Van Doesburg and built the Rietveld Schröder House.

Marcel Berlanger (Brussels 1965) explores the power of images and their illusionistic character and works between hyper-realism and abstraction. He breaks the illusion of figuration in his images with firm interferences. In this exhibition we see a lightbox showing a painted still from the movie King Kong. Where you expect the reflection of the giant ape in the eyes of Naomi Watts you only see the studio lights. Thus, she is enclosed by artificial light at the front and back side.

Jan Roeland (Kampen 1935) paints simplified everyday objects, making the work seemingly humorous and laconic sometimes. He works in layers that are applied in a concentrated way to bring the geometry and the pictorial quality strongly to the foreground. The work can be read both figurative and abstract. Here the artist shows one of his later works, a finch.

Kristina Schuldt (Leipzig 1982) makes wondrous figurative paintings and drawings. Strange images seem to have sprouted from an infinite imagination. Figures with bright colors and grays in cubist shapes are placed in oppressive spaces, crossed with zigzag piping systems. Her subject is the constant struggle of man with himself and between people.

'Tilburg is enriched with a beautiful platform. Perhaps the artists' initiative with the finest exhibition space in the Netherlands.'
Trendbeheer 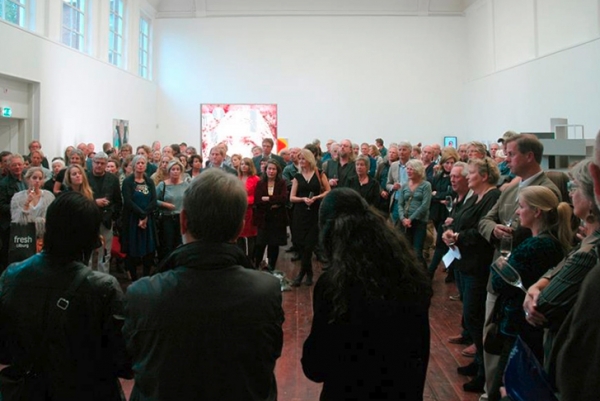 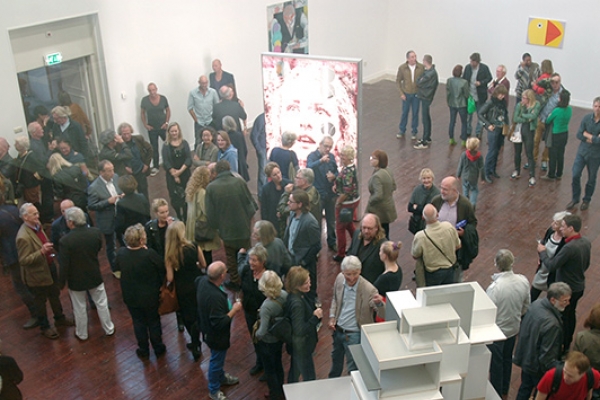 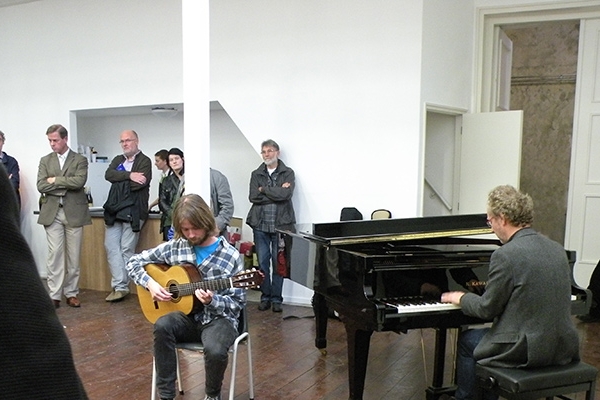 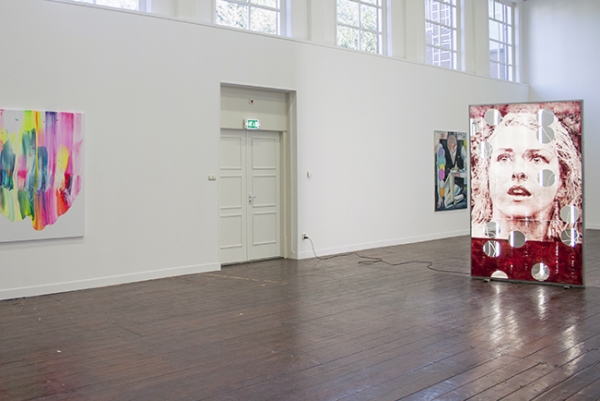 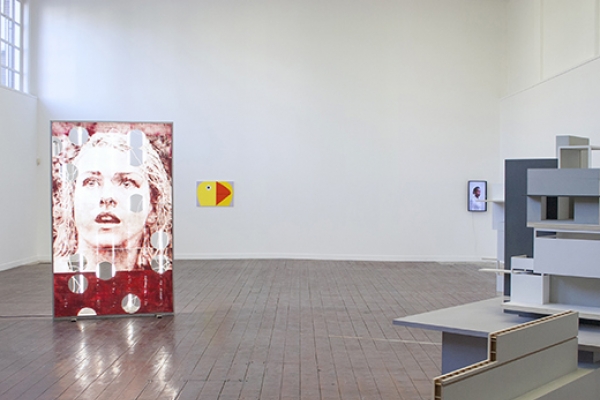 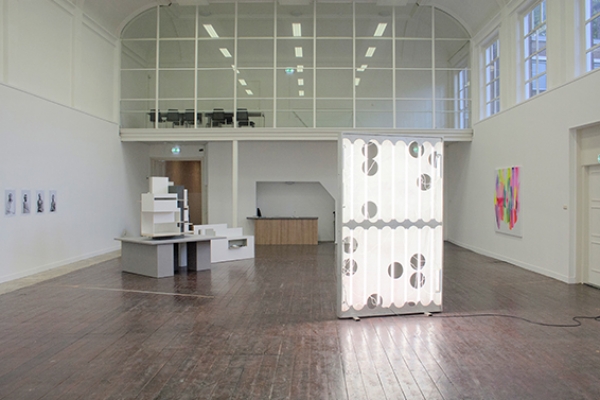 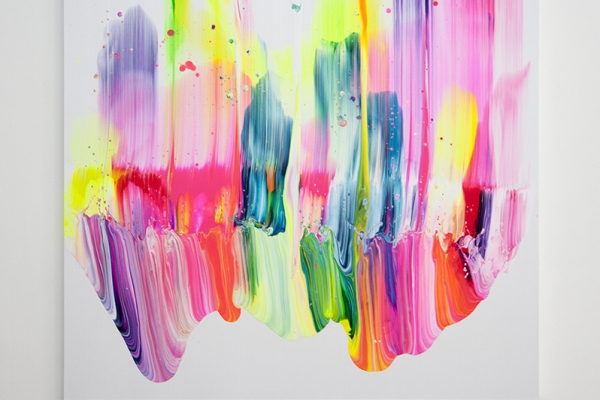 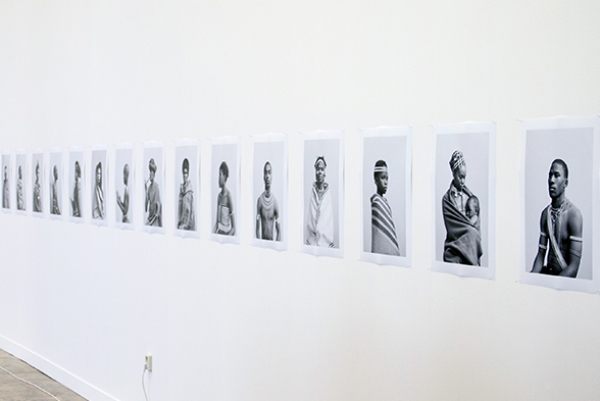 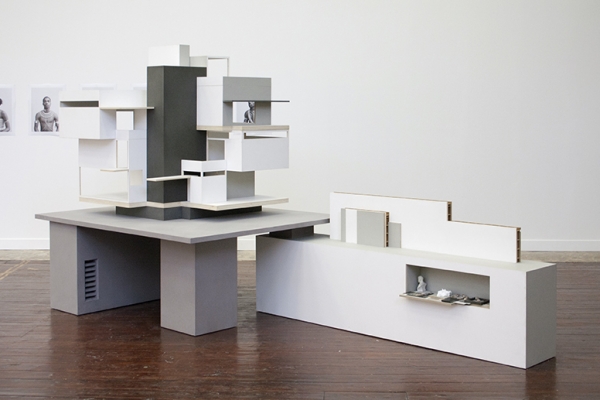 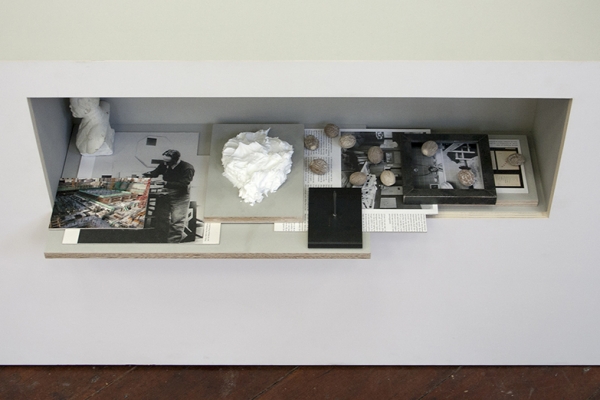 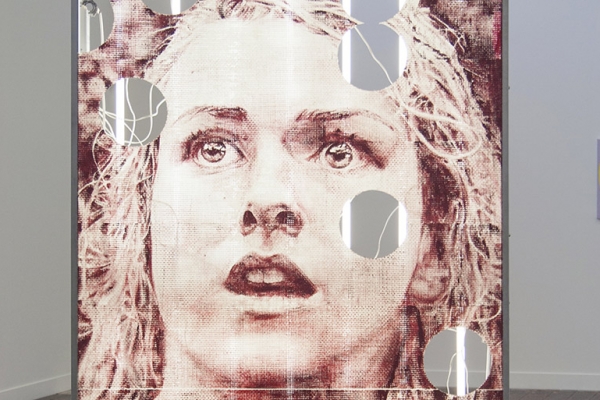 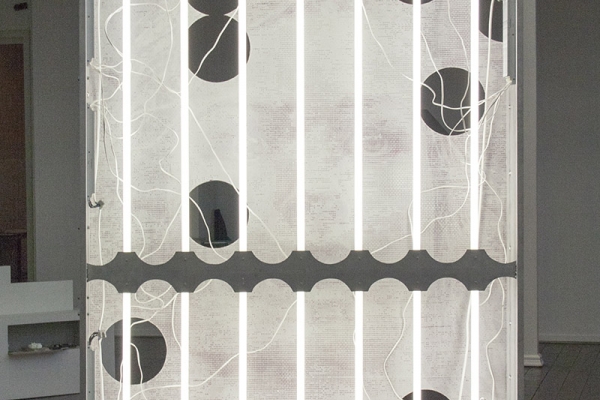 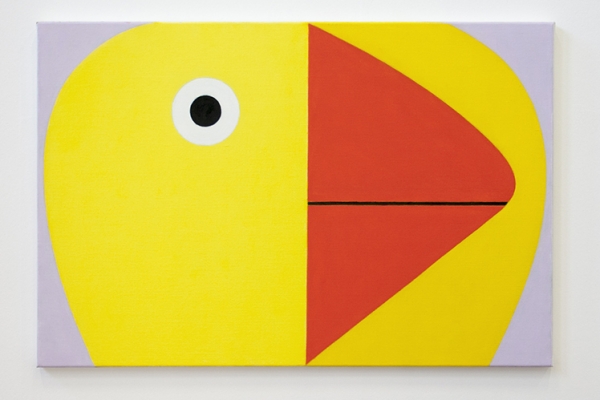 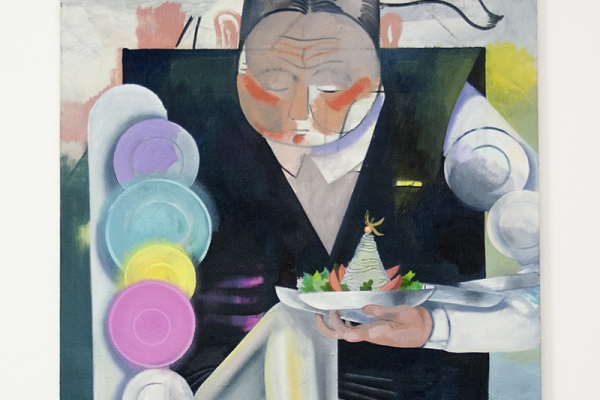